Giovanni Pierre-Louis, professionally known as Gio, along with several of his Haitian compatriots, endure life well. Gio was born in Brooklyn to an Italian woman who couldn’t kiss her biracial children and a Haitian drug kingpin father who was exiled at the age of 2.After being kicked out of school for behavioral epidemics, Gio was sent to Haiti to live with her father. In Haiti, he learned to appreciate the little things in life and discovered his love for music.

ItsGiovannie was eventually sent to Haiti to live with her father. This is where she discovered her love of music and the rest was history.She is very talented and have passion for music. ItsGiovannie’s musical talents eventually developed into a fusion of modern sounds mixed with trap and old school scat. Check her new single “Money Talk”.

Money Talk, Vol. 2 ends with a full-on nightclub thrasher in “over rated” that has the most radio-ready mix of any song on the disc, but its polish doesn’t overshadow the artistic depth of the material ahead of it in this tracklist by any measurement. From beginning to end, ItsGiovanniesounds like a natural-born superstar in Money Talk, Vol. 2, and if you weren’t already getting excited about her work, I think one peek at this collection of single-quality compositions is going to have you singing quite the different tune. ItsGiovannie has my endorsement, and if you’re into spirited progressive R&B and hip-hop’s more melodic, pop-oriented side, she’s likely going to win yours, too. 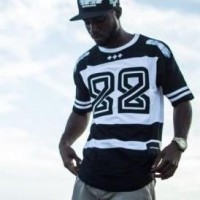 Melanie Jones is a Digital marketer who is passionate about music and arts.